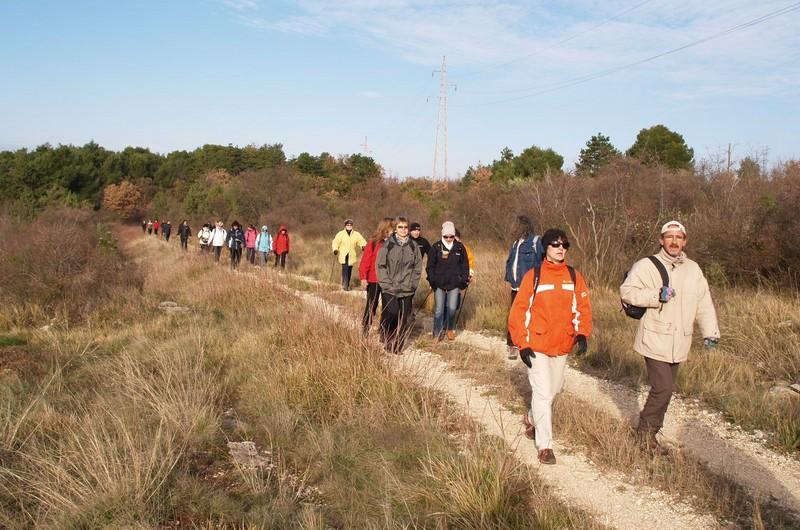 On December 15, 1902, 120 years ago, a train covered the route between Buje and Poreč for the first time, driving along the at the time new narrow gauge railroad Parenzana. It was thus that the second section of the railroad previously connecting Trieste and Poreč was put into operation. With the total length of 123 kilometres, it wound through the green istrian landscapes, connecting 33 Istrian settlements.

Over the last ten years, parts of Parenzana were transformed into a hiking and bicycle trail, unique for the viaducts, tunnels and railway stations preserved along the route, dating back to the time when it was daily thundered through by a small locomotive.

Commemorating the anniversary of the first train ride between Buje and Poreč, the Tourist Board of the Town of Buje is organizing a hiking campaign from Buje to Grožnjan and back, along the restored route of the Parenzana.

The start is in front of the old railroad station in Buje at 10 a.m.